MacXDVD is free until May 3rd. Grab it now and register with the registration key provided. 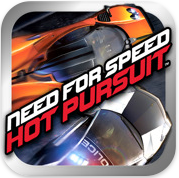 Need for Speed Hot Pursuit on sale for $.99

My favorite racing game so far. EA did such a wonderful job with the racing experience on the iPhone with NFS - Hot Pursuit. Play as a racer against other racers and cops, or play the cop chasing down the racers or for standing against other cops. You can also race real people in one-on-one over wifi or bluetooth.
Posted by ldgregory at 6:56 AM No comments: Halftone on sale for FREE!

Totally awesome app to create comic book style pages of an image. Kids are sure to love this and it's fun for adults too. 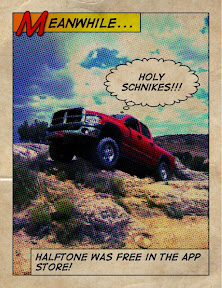 Posted by ldgregory at 9:14 PM No comments:

Email ThisBlogThis!Share to TwitterShare to FacebookShare to Pinterest
Labels: iOS 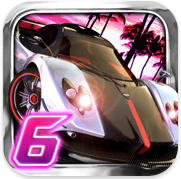 A fantastic racing game with outstanding graphics. Discover 42 cars and bikes, race your friends in online and local multiplayer, drifting and performance tuning in the garage.
Posted by ldgregory at 8:40 PM No comments:

You create an account and get a permanent meeting ID that you can use anytime you want.

The conference requires a web browser supporting Java and Flash. You'll need to make sure your firewall isn't blocking ports 6565-6568.

While the service is still considered beta, I was fairly impressed with how easy it was to create a conference anytime and have participants join with minimal hassle or training. It's also very fluid with very minimal lag for your viewing participants.

One thing to note is that by default it will share all open windows on your machine when you start your conference. You can select which windows to explicitly share under Screen Sharing "Select items to share".

Give it a try and let me know what you think.

- BlogPress from my iPhone
Posted by ldgregory at 10:07 AM No comments:

A mysterious announcement of an in the wild iPhone 4.x virus hinting that both non-JB and JB iPhones alike could be wiped by the simple click of a URL. Reposting by numerous websites of the original announcement and Twitter fingers flying to retweet. And then, silence.

While cautious, things weren't quite passing the sniff test. Where was the deconstruction of the virus? Where were the additional details? Where were the first hand reports of those who got nailed? Nowhere.

What interested me most was not who was on the sky is falling bandwagon, but rather who wasn't. Namely Dev-Team. The guys who we've come to trust to bring us all our juicy JB goodness.

The dust has settled, pages that were at the top of the Google stack now missing and mums the word. No retractions, no "Whoops, sorry for the knee jerk gaffe", just silently squelched pages.

We may never know, but my hat is off to the Dev-Team for keeping their wits about them and not jumping on the misinformation bandwagon.

- Posted using BlogPress from my iPhone
Posted by ldgregory at 11:18 PM 3 comments: